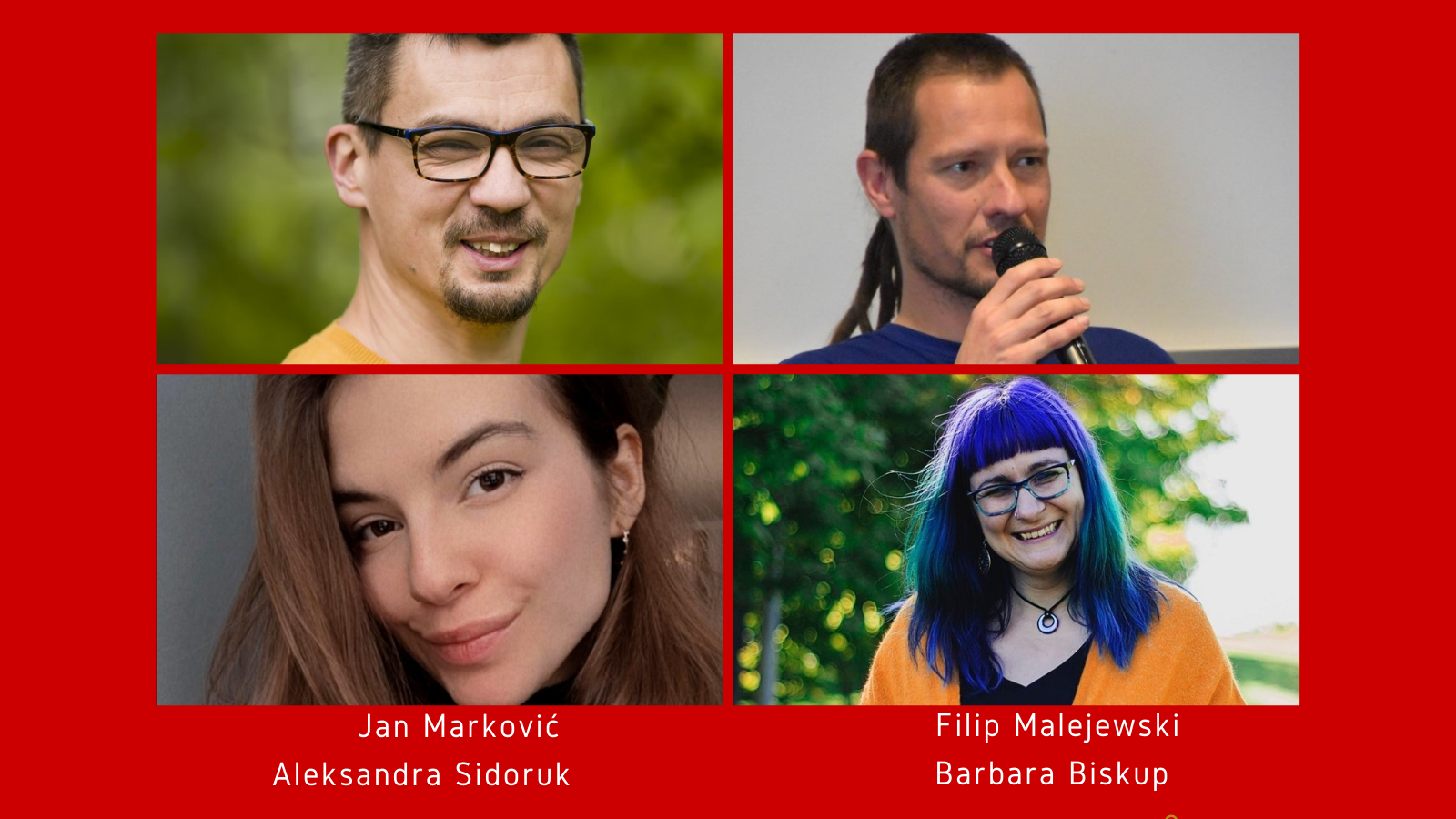 Jan Marković, co-founder of the Subcarpathian Association for Active Families, an NGO which does a lot of good in the fields of civil rights, culture, and education. Psychologist, trainer, board game designer and children book author. Likes to learn about new things and to be surprised. Does not like cynicism. Is happy when kids ask him “Why?”.

Aleksandra Sidoruk, third-year student of international relations at the University of Lodz, specializing in the foreign policy of the United States and Latin America. Boardmember of the Gals4Gals Lodz, volunteer at the Regional Center for International Debate in Lodz, project coordinator at the Green REV Institute and member of the Green Party.

Filip Malejewski, father of three daughters, geographer. Human rights activist since 2015, currently treasurer in Refugees Szczecin Association and member of the board in westpomeranian branch of the Committee for the Defense of Democracy.